How to inspect VPC, subnet, and EC2 instance traffic in AWS 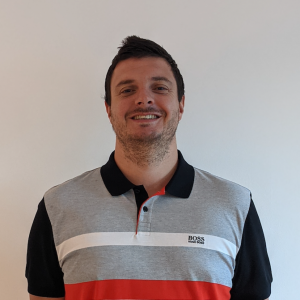 Running a complex network is not an easy job. In addition to simply keeping it up and running, you need to keep an ever-watchful eye out for unusual traffic patterns or content that could signify a network intrusion, a compromised instance, or some other anomaly. This article covers how to inspect and monitor AWS VPCs, Subnets, and Network Interfaces traffic using VPC Flow Logs, Traffic Mirroring, Amazon Athena, OpenSearch (Elasticsearch), Suricata, and Guard Duty deployed by the Terraform.

In this article, we’ll use Terraform to set up the following AWS services:

We’ll use Amazon EC2 instances with the following roles:

You can find all source code in our GitHub repository:

Note: all Terraform modules rely on remote state stored in S3 bucket and use DynamoDB for execution lock. You can deploy this infrastructure using the 0_remote_state module.

Before enabling VPC Flow Logs and VPC Traffic mirroring, we need to set up a base demo VPC environment. Here’s how it will look like:

To deploy this environment, you need to apply the 1_base_infrastructure module from our amazon-vpc-traffic-inspection-and-monitoring GitHub Repository:

If you’re interested in more in-depth information on creating a VPC infrastructure using Terraform, please, check out our previous posts:

Once you’ve deployed the module, you can connect to the Demo EC2 instance using AWS Systems Manager Session Manager.

Select your EC2 instance and click the Connect button:

Choose the Session Manager tab and hit the Connect button:

Now, you can test the Internet connectivity by executing the following commands:

As soon as we have our VPC infrastructure in place, we can enable VPC Flow Logging.

VPC Flow Logs is a helpful feature that allows you to capture traffic flows within a VPC. Traffic logs are sent to an endpoint of your choosing, most commonly to the Amazon S3 bucket or Amazon CloudWatch. We’ll move forward with the S3 bucket as a log destination.

You can choose what traffic to capture: accepted, rejected traffic, or both.

You don’t have any controls to filter the traffic by source, destination, protocol, or other parameters. We’ll show you how to do it later by using Amazon Athena.

Usually, the generated traffic flow logs appear in your destination with some delay (from 5 to 15 mins). You can speed up this process by reducing the aggregation time up to 1 minute.

You can enable VPC Flow Logging for the entire VPC:

To make this happen, you need to apply the 2_vpc_logging module from our demo repository.

If you need more fine granular control over which traffic to capture, you can enable VPC Flow Logs at the subnet level:

To make this happen, you need to apply the 3_subnet_logging module from our demo repository.

Finally, you can enable VPC Flow Logs for a specific network interface:

To make this happen, you need to apply the 4_interface_logging module from our demo repository.

Amazon Athena is an interactive query service that makes it easy to analyze data in Amazon S3 using standard SQL. As soon as our VPC Flow Logs are stored in the S3 bucket, Amazon Athena will be a perfect tool to query information from them.

Here’s what we will set up:

To set up Amazon Athena, you need to apply the 5_athena_setup module from our demo repository.

As soon as you’ve applied the module, go to Athena web-console and switch the current workgroup to the amazon-vpc-traffic-mirroring-vpc-flow-logs:

Now, go to the Query editor and execute the Athena table creation query:

To stimulate some traffic, let’s run the curl command in a simple Bash while-loop at Demo EC2 instance:

Within a few minutes, logs should start appearing in our S3 bucket:

Now, you can begin querying the information from the VPC Flow Logs using Amazon Athena.

In our example, we’ve queried 20 records from VPC Flow Logs starting from the 25th of October 2021:

You’re using the basic SQL syntax to query any traffic information you’d like.

For example, to filter by the source IP address, execute the following query:

To filter by the destination address, run the following query:

You can combine query conditions using AND statement in your SQL WHERE block:

You can go further and integrate Amazon Athena with QuickSight to make any VPC Flow Logs data visualizations.

There are some situations when VPC Flow Logs information is not enough, and we need to see more detail about the packets flowing around your VPC. This is a perfect use case for setting up Traffic Mirroring. Setting up a Traffic Mirroring for Network Interface within a VPC is the equivalent of configuring a SPAN port on a Network Switch.

Traffic Mirroring filters can be attached to any (EC2 instance or Network Load Balancer) ENI interfaces.

Traffic Mirroring in comparison with VPC Flow Logs allows filtering on the packet captures. If you are interested only in a specific destination or port, you can dramatically cut down the amount of traffic captured and forwarded to the analytics platform.

You can configure two deployment models forwarding packet captures to the target.

The first deployment model assumes that you’re configuring traffic forwarding to a single target. The target can be either a single instance or multiple instances behind a Network Load Balancer.

To simplify an article a bit, we’ll use precisely this deployment model and configure Suricata open source solution to capture mirrored traffic flows:

If you are processing significant traffic volumes, it makes sense to put Suricata or any other network traffic analysis tools behind the Load Balancer.

For more information about this deployment model, consider reading the following articles from the AWS blog:

The second deployment model is when the same traffic is sent to multiple network traffic analysis platforms. In this instance, you would need a Cloud Broker platform to replicate the traffic and forward it to various endpoints:

Both solutions require the Elasticsearch setup for traffic analysis.

To deploy the Amazon OpenSearch (Elasticsearch), you need to apply the 6_elk_stack module from our demo repository.

This module will deploy the Amazon OpenSearch (Elasticsearch) instance in the private subnet of our VPC.

If you’d like to deploy ElasticSearch in HA mode, check out our article Terraform recipe – How to create AWS ElasticSearch cluster.

In this article, we’ll use the Suricata solution for demo purposes. The Zeek configuration is quite similar.

Zeek or Suricata are capturing mirrored traffic flows and logging them based on configured rules. The Filebeats logs shipper sends logged information to the Elasticsearch instance or cluster.

To deploy the Suricata EC2 instance, you need to apply the 7_suricata module from our demo repository.

During the bootstrap, the Suricata EC2 instance will install the Suricata Docker container built from scratch. We slightly modified the original solution to use Amazon OpenSerach (Elasticsearch) service instead of keeping ELK stack on the Suricata instance to make it lighter.

Here’s how the Suricata EC2 instance is designed:

As soon as we set up the infrastructure for traffic analysis, we can enable Traffic Mirroring from the Demo EC2 instance to the Suricata EC2 instance.

To enable Traffic Mirroring, you need to deploy the 7_suricata Terraform module from our demo repository.

This module will mirror all HTTPS traffic from the Demo EC2 instance to the Suricata EC2 instance.

Note: you need to provide your own SSH Key Name value to deploy this module successfully.

Scroll down the page and hit Create button.

Put filebeat-* to the Index pattern name field. Hit the Next step button.

Specify @timestamp as the Time field and hit the Create index pattern button.

In the Search field type src_ip = '10.0.1.101' to get Suricata traffic events captured from the Demo EC2 instance:

Amazon GuardDuty uses ML (Machine Learning), Anomaly Detection, and Integrated Threat Intelligence to identify threats in your environment. It accomplishes this by analyzing log data from your environment. Coming full circle, GuardDuty can use VPC Flow Logs data to examine what it believes to be “normal” traffic flows. Any anomalies can be flagged for review or have an action created against them with either CloudWatch or Lambda.

We enabled Amazon GuardDuty when we deployed our demo VPC using the 1_base_infrastructure Terraform module.

You can test GuardDuty by executing the following command from our Demo EC2 instance:

The above DNS query command to a known fake domain generates a GuardDuty finding:

You may find some additional GuardDuty tests in the amazon-guardduty-tester repository.

Another interesting use-case of using GuardDuty is enabling automatic Traffic Mirroring from the instances that generated the GuardDuty events to your traffic network analysis platform.