Kubernetes vs Docker Swarm – Which one to choose?

In this article, you’ll find the covers the Kubernetes topic and answers to the most common questions related to the comparison of Kubernetes and Docker Swarm. Both technologies can become an excellent choice depending on your project requirements. Take a look at our infographics to speed up content consumption.

According to CNCF, 78% of IT departments prefer Kubernetes as their orchestration platform. That’s a 20% increase over 2018. Given such popularity, what is the point of considering Docker Swarm? Kubernetes should be the go-to choice for your next project, right?

Well, not quite. Deciding what is the best option for your next project is not as simple as it seems. In fact, it could be quite a complex decision depending on your use case.

That complexity was what motivated us to write this article. A brief overview of both technologies, so you can judge which one better suits your needs.

Why do you need a Container Orchestration Tool

When it comes to develop, test, and deploy applications nothing beats containers. On a small scale, handling a few containers is a trivial task. But as you scale your cluster complexity increases. At some point, you won’t be able to control it anymore. Now imagine hundreds of containers in a production environment. How you can handle them?

What is Docker Swarm

At a basic level, you can think of Docker Swarm as an extended functionality of the Docker Engine. Thanks to it, a group of hosts, whether physical or virtual, can join together to form a cluster. In other words, the Docker platform comes pre-packaged with its own orchestration tool. So all you have to do to take advantage of the “swarm mode” is having Docker installed on your hosts.

To start using Docker Swarm it is only necessary to configure a host that will act as the “swarm manager”. From there other hosts (known as nodes) can join “the swarm” and serve as workers. Such simplicity is hands down the strong point of Docker Swarm.

If you have experience using Docker then you will feel at home with Docker Swarm. It will let you use Docker Compose and all other native Docker commands. As you might expect, Docker Swarm has all the benefits of a container orchestration tool. Load balancing, service discovery, rolling updates, container scaling, and more.

Kubernetes is an open-source container orchestration platform at first designed by Google. In 2014, Google donated the project to the CNCF. Since then, Kubernetes has undergone unprecedented development.

Kubernetes, also known as k8s, is not integrated into the Docker Engine. Yet, far from being a disadvantage, that makes Kubernetes more flexible. Aside from working with Docker, k8s can use other containerization platforms. In fact, Kubernetes works great with CRI-O, containerd, or any other Kubernetes CRI.

From the beginning, Kubernetes was designed for enterprise deployments. No doubt that gives k8s unique advantages. One of the most notable is its ability to scale while maintaining stability. Such stability in large environments is a feature that Docker Swarm can only dream of.

What are the Differences Between Kubernetes and Docker Swarm

Both Kubernetes and Docker Swarm are container orchestration tools. Yet, each one has its own strengths and weaknesses in different areas. Depending on your specific use case, you will need to weigh which area is most important to your project.

Once Docker Engine is up and running the process of creating a swarm is straightforward. Choose the host that will act as the “swarm manager” and run the command docker swarm init. That will display the token required for the rest of the hosts to join the cluster.

Compared to the simplicity of Docker Swarm, deploying a k8s cluster is very complex. First of all, all hosts must have a container runtime installed. Ironically, the preferred container runtime among IT administrators is Docker. Additionally, each node must have installed kubelet system service to handle node-level operations. You will also need kubeadm CLI tool on the main node to configure the different components.

On top of that, on your local machine, you will need kubectl command-line tool. It is worth mentioning that you will also need to choose a compatible CNI. Once all the components are ready, you will be able to initialize the main node. After that, you will get the necessary token so that the rest of the nodes can join the cluster.

Deploying applications in Docker Swarm is as easy as with Docker. Most operations use the same commands and syntax. To launch an application as a microservice, you only have to create a service that runs the desired image. Creating an application stack is also very easy. All you have to do is using a Docker Compose file as usual.

Deploying applications in Kubernetes is rather easy. All you have to do is to create a deployment file indicating all necessary parameters. There you can specify scaling strategy, security, services, and more. Another valid option is using Helm to deploy complex stacks with very little effort.

Kubernetes has an unsurpassed versatility on how to control traffic flow. That is true both at IP and port levels. Its wide variety of CNIs and its flexible network policies, contribute to it in a great manner. But there is more. Customizing Kubernetes networking is rather easy. In other words, k8s can adapt to your needs. That’s a huge advantage. Especially when compared to the limited customization functionality of Docker Swarm.

Although Docker Swarm provides a robust networking solution, it cannot compete with k8s’. Docker Swarm can encrypt traffic between containers, but that’s all. It doesn’t have the network security features offered by Kubernetes. Moreover, Docker Swarm can only work at a container level. In that sense, Kubernetes has an advantage. With k8s you can define rules at the pod, container, or service level. This gives you fine-grained control over network traffic. That’s something Docker Swarm can’t do, or at least not at that level.

Kubernetes was from the beginning an orchestration platform designed for the enterprise. As such, it offers unmatched scalability. The k8s API comes prepared to handle any cluster size. This is true regardless of the complexity of the applications running on it. This capability to scale is a key factor to consider in large projects. But not the only one. Besides its scalability Kubernetes also provides unmatched stability. Such a combination is hard to ignore.

Kubernetes’ ability to scale without losing stability comes at a price. Speed. Docker Swarm may not be the best for large deployments but beats k8s in response times. Such a speed advantage is perfect in many scenarios. For instance, applications that need to adapt to changing loads very fast.

Kubernetes’ ability to detect unhealthy pods gives the system tremendous resilience. The capability to distribute the load among the remaining nodes is a huge advantage. That allows the system to self-healing and keep applications available. Add k8s’ load-balancing features and you have a combination hard to beat.

Docker Swarm also provides HA features by means of cloning running services to all nodes. But, unlike k8s, Docker Swarm focuses more on fast response times and ease of escalation

Kubernetes vs Docker Swarm, so, which is better

When deciding which is the best option it all comes down to the requirements of your project.

Docker Swarm is hands down a good option for small to medium-sized clusters. Its ease of installation and fast response times are hard to beat at that level. You can deploy a swarm on your laptop in a matter of minutes for testing purposes. Then, once ready, you can migrate the cluster to production without much trouble. That simplicity also makes Docker Swarm an ideal option for students.

Contrary to Docker Swarm, Kubernetes has a steeper learning curve. Installation is another issue, since setting up k8s isn’t a trivial task. Yet, Kubernetes offers more flexibility and customization options than Docker Swarm. Advantages that are crucial in the enterprise sector.

All in all, deploying a Kubernetes cluster worth the effort. No other orchestration platform has the versatility and stability of Kubernetes. Proof of it is the many k8s derivatives currently available in the enterprise sector. If your project isn’t as complex though, Docker Swarm simplicity is second to none.

In this article, we covered the Kubernetes vs Docker Swarm topic in detail.

Kubernetes is not always the right choice for small size or MVP stage projects.

I hope you find this article useful. If you have any questions, please, feel free to reach us in the comments section below.

I will also appreciate your efforts in helping to spread this article to the world! 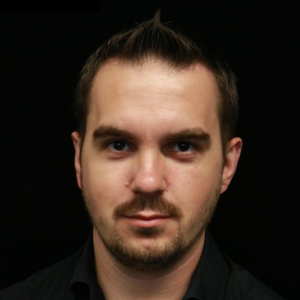 I’m a passionate Cloud Infrastructure Architect with more than 15 years of experience in IT. Any of my posts represent my personal experience and opinion about the topic.
All Posts