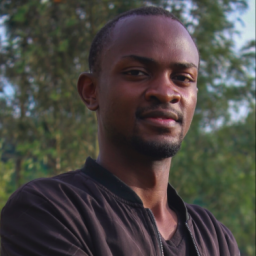 Exceptions refer to the events of errors experienced when executing a program. This Python Exceptions tutorial will overview different exceptions in Python and explain how to catch and mitigate them.

What are the exceptions in Python?

Exceptions are events of failure in your Python code that result from database corruption, broken network connectivity, corrupted data, memory exhaustion, and unsupported user inputs. The purpose of every developer is to catch and mitigate such exceptions to ensure that the final program runs smoothly.

If an exception occurs when an application runs, there is a risk of losing data, corrupting existing data, or even causing the application to crash.

For example, it is always possible to predict the possible error in a Python program and work around it by prompting the user to use the correct input, default value or alternate a program execution flow.

The difference between syntax errors and exceptions in Python

Syntax errors and exceptions in Python refer to unwanted conditions when executing a program.

Syntax error refers to an error that terminates the execution of a program due to the use of the wrong Python syntax in the code.

Let’s take a look at the example below to illustrate the syntax error:

If you try to execute the program above, you’ll get the following error message:

On the other hand, exceptions refer to errors in executing a program, even when a statement is syntactically correct.

If the developer handles exceptions in the code, they do not stop the program’s execution but can lead to a change in the normal flow of the program execution.

As we’ve mentioned, it is possible to handle exceptions in your Python code so they might not be fatal and might not stop Python program execution.

We’ll take a look at how to handle exceptions later, but for now, let’s take a look at what happens if we’re not handling potentially dangerous situations in the code:

Execution of the code block above will lead to the following error message and terminate program execution:

Now, it’s time to look at how to handle exceptions in Python.

To handle exceptions in Python, you need to use a try-except block, which has the following syntax:

Here’s how these clauses work:

Catching a single exception in Python

Python allows you to handle any exceptions.

For example, let’s take a look at a program that prompts the user to enter a number, and when the program cannot convert the number to an integer, it raises a ValueError exception:

If the user is typing something wrong, the try block will try to catch an exception by checking the exception classes provided in the except clause.

If an exception doesn’t match any declared exceptions in the except clause, Python will stop program execution with the message unhandled exception.

Keep in mind: when handling exceptions in except blocks, a base class type will catch any raised type of its subclasses. For example, the ArythmeticError exception class will catch OverflowError, FloatingPointError, and ZeroDivisionError exceptions.

A try clause can have to have several except clauses to catch different types of exceptions for the same block of code:

In addition to that, it is possible to provide several except clauses to capture multiple exceptions:

Now, let’s try to execute the program above:

Even if we provide a valid value, we still have an error in the code, which was caught by the second except clause.

Catching all exceptions in Python

Sometimes we do not know what exception we can get during the code execution, but we need to catch the error and continue the execution flow.

In that case, you can use except clause without providing an exception name, but it is not recommended to hide any issues in the code block.

However, if you have a strong need, it is possible to catch any exception:

Using the “else” clause in the “try” block

If you’d like to know if the code block has been executed without any errors, you can use else statement after the except clauses:

If you need to get access to the exception class during the exception-handling process, you can do it by using as keyword in the except clause:

The difference between else and finally in Python

Lastly, let’s illustrate how else and finally clauses are working:

As you can see from the program execution, Python always executes the finally clause statements. At the same time, Python runs the else clause statements only when try block executed without any errors.

Such behavior allows using the finally clause to define clean-up actions such as closing sockets, file descriptors, disconnecting from the database, etc.

Your Python code should have these cleanup actions and execute them at all times, irrespective of the circumstances.

How to catch SyntaxError exception in Python

Now, if the code in my_module Python module contains syntax errors, program execution will not break:

You have an opportunity not only to catch and workaround exceptions but also to raise them. So, if you’d like to throw an error in Python, use the raise keyword followed by the error or exception type.

A common example of when you need this is implementing a manager class that allows users to allocate a network from a certain IP pool.

If the manager can’t allocate the network, it makes sense to create a user-defined exception and raise it when the event occurs.

To raise an exception in Python, you need to use raise statement.

The exception you can raise can be any class that derives from an Exception.

A python program implicitly instantiates the constructor by passing an exception class with no arguments, for example:

As soon as Python runs the statement above, it will produce the following error message:

In some cases, you may need to re-raise an exception that you’re capturing with try-except block.

That’s possible by using a raise statement without providing an exception class:

The code above will not only raise an exception but also print the reason for that exception:

Chaining exceptions is useful when you need to transform exceptions.

You can specify an optional from keyword in the raise statement that allows you to re-raise the exception and change its type:

Most of the built-in exceptions are inheriting the BaseException class. Python interpreter usually generates these exceptions from built-in functions to help developers identify the root cause of an error during Python program execution.

Base exception classes in Python

The tree of base exception classes provides Python developers with lots of standard exceptions. In this part of the article, we’ll review the purpose of Python3 exceptions.

Concrete exceptions in Python are build-in exceptions that inherited directly from the Exception class.

Here’s a quick description of all concrete exceptions:

Developers typically use warning messages when they need to alert the user about some important condition in a program. Usually, such a condition doesn’t raise an exception or terminate the program. A good example might be to print a warning when a program uses an obsolete Python module.

You can inherit from any built-in exception class to create your own exception type.

User-defined exceptions allow us to display more relevant and detailed information when an exception occurs during program execution, for example:

If you’d like to implement more meaningful exception messages in your Python program, you can do it by implementing an exception class constructor:

We have seen different types of exceptions, both built-in and user-defined ones. In addition to that, we have reviewed specific exceptions and errors that occur to raise these exceptions. The article has a detailed explanation of how to handle and raise exceptions in a Python program.

An Electrical and Electronics Engineer who is passionate about building intelligent solutions.