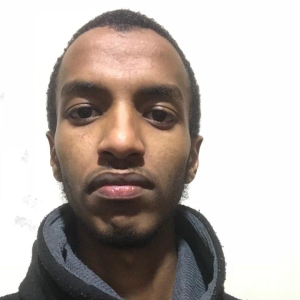 The scope or the variable scope in Python is a part of a program where a certain variable is accessible. A variable scope can be categorized as Local, Enclosing, Global, or Built-in.

This article will cover types of variable scope in Python, how they work, and how you can access variables from different scopes.

Running the above program outputs:

From the program output above, the print statement in the function outputs the variable’s value while trying to print it causes the program to issue an error. The error NameError: name 'a' is not defined indicates the the variable was either not accessible in the scope it is called in, or the variable is not declared.

Running the program above outputs:

From the previous example, both variables a and b are outputted to the screen from the nested function since variable a is in the enclosing scope and can be accessed from the local scope and b is declared and accessed inside the local scope. The third print statement generates an error because we are trying to access a variable inside an enclosing scope outside its scope and has not been declared outside the nested function.

Let us take another code as an example:

The program above outputs the value of x when it is called both in a local scope (in the function) and global scope. This demonstrates that a global variable is accessible anywhere within the code.

Keywords are special reserved words used by Python. Examples of keywords include: for, while, if, else, and in

LEGB rule is the logic that the Python interpreter follows when executing a program. It stands for Local Enclosing Global Built-in, and the order of their execution is respectively.

Let us take consider the program below:

When we run the program, the output is as follows:

As we can observe, even though the variable is declared differently in all the scopes, Python always checks the for the variable in the current scope the moves up the ladder. The following chart shows how the Python interpreter checks for variables inside a program:

The analogy presented above might sometimes cause problems. Let us take the following scenario as an example:

We want to write a function that modifies a global variable. For example:

Why do u think this happened? There is a simple explanation for this when we set the value of h to ‘bake cake,’ Python created a new local variable named h in the scope of cake(). This does not modify the value of the global variable h. Cases like this are where the global keyword comes in handy.

Now we can finally bake some cake🎂!!!

Let us consider another scenario:

We want to change the value of a variable in an enclosing scope. For example:

This article covered types of variable scope in Python, how they work, and how you can access variables from different scopes. In addition to that, we’ve introduced the LEGB rule, which will help you imaging Python scope boundaries when you’re developing your Python programs.