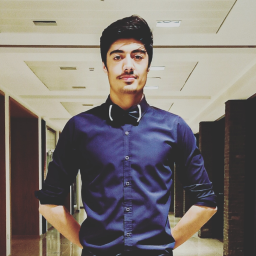 Python is an Object-Oriented Programming Language. That means that Python implements a programming paradigm based on “objects,” where every “object” can store some data and the code to modify it. Class is a description of the “object” that defines attributes that characterize the object and the methods that this object implements. This tutorial will cover Python classes in detail, define classes, use constructors, implement inheritance and polymorphism, and cover some other important aspects of classes by examples.

In Python, a class is a template for creating objects. Objects created from the same class share certain characteristics, but each object also has its own unique identity. When you create an object from a class, you are said to be instantiating that class. The process of instantiating a class creates a new instance of that class. Each instance of a class has its own namespace, which is a collection of variables and methods that belong to that particular instance. When you create an instance of a class, you can access its namespace using the dot notation. For example, if you have an instance of the Foo class, you can access its bar() method by using the syntax foo.bar(). Python’s use of instances enables developers to create complex applications by reusing code from multiple objects. Instances also help to keep code organized and prevent naming collisions between variables and methods from different objects.

Defining a new class in Python allows us to create a new type of object. A user-defined class describes the data that the class object should store and methods that can be used to manage that data. A user-defined class is a primitive data structure like list, string, and number classes, but it can store and process more complex information.

The simplest form of class definition syntax in Python looks like this:

The class keyword allows you to create a new class definition in Python. The statements inside a class are defining variables or functions.

The best practice is to use a docstring as the first statement in class to describe it.

Docstrings are written inside a triple single (''') or double (""") quotes.

Every Python class has special attributes and methods that you can access by putting double underscores (__) in front and after them, for example, __doc__, __init__() and many others. For example, __doc__ the attribute contains the docstring of the class:

Class vs. instance attributes in Python

In summary, there are two types of attributes available in classes:

Let’s illustrate the differences by example:

In the example above:

Class functions that begin with a double underscore (__) that have special meaning in Python. One of such functions is __init__(). This special function is called whenever a new object of a class is initiated, and it is called a constructor of the class. In the following example, we will create a new class named Person and use a constructor to assign the name and gender of a person.

Note: self is always the first argument you need to define in the constructor or any function in the class. It references the instance of the class and always points to the current object.

We can get access to any class instance attribute or function using self.

In the above example, we create two objects: person1 and person2 and get access to the names of the objects using self keyword.

You may redefine self keyword, but make sure that it is still your first argument in the function or the class’s constructor. Let’s modify our previous example to illustrate such behavior:

Note: it is a good practice not to redefine the default self keyword to make it easier for other developers to read your code in the future.

Class vs. instance in Python

An instance of the class is the actual object that contains real data and function definitions. An instance of Person class is no longer a blueprint. It contains the name of a person like Bashir and gender like Male.

In Python, class methods are functions that are defined within the class. For example, Introduction() from our code snippet is a class method.

Another example of the method declaration in the class:

In this example, class Person contains a definition of the method hello() that is supposed to return the "Hello there!" string when this method is called.

Once the class instance is created, you can easily change its attributes (class members’ variables). Here’s an example:

We can always change the attributes of objects using the obj.propertyName syntax as shown above.

In Python, we can use keyword del if we need to delete the attribute of the class:

In the example above, we deleted the color attribute, and when we tried to get access to it, we got an error that says that the Car class has no attribute color.

Class objects can also be deleted in the same way as the properties. Use del keyword to delete the declaration of the class within your Python program:

Inheritance is a feature of a class in Python to inherit all methods and attributes from another class. When describing an inheritance, we usually speak about a parent class or a base class that shares its attributes and methods with the child or a derived class.

We are using inheritance every time we need to extend the behavior of the base class without copy-pasting its code completely.

Here is a Python syntax for defining inheritance between classes:

In the example above, the ChildClass will always have the website attribute even if it has not been defined.

A child class declaration in Python is similar to any class but with the difference that it takes the parent class as a parameter to inherit all functions and variables.

Take a look at the example below:

Now, let’s take one more example to understand the inheritance in detail.

Let’s create a ParentClass and define some methods within it.

Now let’s create a child class. Remember that we need to provide a ParentClass as a parameter in a child class:

Now, let’s use the inherited function from the ParentClass in the ChildClass:

Here you can see that we created a new object x which inherits all the properties of ParentClass. We can now easily get access to the functionality of ParentClass from our ChildClass.

The syntax of such inheritance is simple. In the definition of the child class, you have to provide all base classes as parameters.

Here’s the syntax of multiple inheritances:

Now, let take a look at the implementation example of multiple inheritances:

In the above example, we’re getting access to multiple base classes functions from a ChildClass.

Hierarchical inheritance in Python is a situation when multiple child classes are inherited from a single parent class.

Now let take a look at the example. We will create one parent class. And then will get access to its method from multiple child classes:

As you can see, every child class has its own functions, but both of them inherit the same parent1() method from the base class.

Calling a super() method in the child class constructor allows us to provide attributes to the constructor of the parent class.

Encapsulation is one of the important concepts of Object-Oriented Programming in Python, which you can use to restrict access to methods and variables of the class.

An object’s attribute may or may not be visible outside of the class definition. To hide or protect base class variables or functions from access from the child class uses double underscore (__) as a prefix of the name of attribute or function.

The following example demonstrates how to protect the data of the Parent class.

The example above shows that you can get access to a variable __age only from the class method and not from the outside scope of the class.

The word “polymorphism” means multiple forms. In programming, polymorphism allows you to define the same function but with different parameters multiple times. Python will automatically detect which function to use based on the provided the function arguments. For example, Python’s built-in function len() can count elements in the list object or the number of characters in the string.

In the same way, polymorphism in allows us to define the same functions in each class and get access to them based on the class type:

Python uses two different class types in the same way. Here, we have created a for loop that iterates through a tuple of objects. We call the methods without concern about which class type each object belongs to for every object from the tuple.

This last section will cover some additional handy use-cases of Python classes that developers commonly use.

The Python __repr__() method is used to redefine a string representation of the class. It can only have one parameter self and should return a string. Usually, developers redefining __repr__() function to provide meaningful information about the data stored in the class.

In the example above, we are redefining the __repr__() function to return a name stored in the class.

Python has a built-in issubclass() function allows us to check if one class is inherited from another class (second argument).

In this tutorial, we’ve covered classes in Python, class constructors, inheritance, polymorphism, and some important built-in properties of classes.