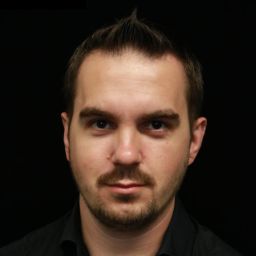 A Python tuple is a collection of ordered and immutable objects. Python tuples are sequences, just like lists. The differences between tuples and lists are that the tuples cannot be changed (they are immutable Python objects), and they are faster and memory-efficient in compression with lists. Tuples are commonly used in parallel processing, Big Data, Machine Learning, and relational DB data management tasks. This tutorial will cover the tuples in detail and describe their purpose by providing examples to demonstrate how you can use them in real life.

Python tuples, while useful for quick and dirty data composition and in many cases, should be replaced with named tuples, dataclasses, or regular classes.

A Python tuple is a data structure in Python programming language similar to a list (a comma-separated list of values). The main difference between tuples and lists is that tuples are immutable, meaning they cannot be changed. Tuples are created by placing items inside parentheses, separated by commas. Items in a tuple can be accessed using indexing, just like a list. However, because tuples are immutable, attempting to modify a tuple will result in an error. Both tuples and lists can contain duplicate values. Tuples are often used to store data that should not be changed, such as the days of the week or the months of the year.

We can create a nested tuple without using nested parentheses, but that is not recommended as it can be confusing for someone reading the code. Everything else about working with nested tuples is similar to working with nested lists – we can index them, slice them, concatenate them, etc. Creating Python tuples is quick and easy- once you get the hang of it, you’ll be able to create them in no time!

Tuples are the fastest data type to instantiate, particularly in the case of tuple literals:

On my machine, it’s more than 7 times faster.

Python tuples are always compared to lists, so here are the major differences:

The best way to think about tuples is that lists are like the columns in a spreadsheet, and tuples are rows:

Let’s take a look at how you can create a tuple:

We’ve created an empty tuple and a tuple object containing mixed data types (int and str). After the second assignment, the record variable in the example above will store a reference to a new tuple (new data in memory).

If you’d like to define a tuple that consists of one element (having a single value), you can do it using the following notation:

A tuple can be created without using parentheses.

This operation is known as tuple packing:

Wise versa, you can extract tuple values back into variables. This operation is called unpacking a tuple:

Now it’s time to look at how we can access the tuple elements.

We have several different options:

You can use the index operator [] to access every item in a tuple, where the index starts from 0:

Note: trying to access an index outside of the tuple index range(in our case 5, 6, etc.) will raise an IndexError Python exception.

We can access the range of items in a tuple by using the slicing operator : (colon):

Each operation returns a subset of tuple items.

As soon as a tuple is immutable, you can’t modify its values directly, but you can convert it to the list to make the required changes:

To delete a tuple completely, you have to use del keyword:

The code block above will delete a variable record referencing a tuple.

To get several repeated elements in a tuple, use the following code:

Check that element exists in a tuple

There’re two ways of checking that element exists in a tuple:

The most straightforward way to do this is to use in expression:

You may use index() tuple method to check element membership in a tuple, but keep in mind that it will generate ValueError: tuple.index(x): x not in tuple exception, if the value not found:

We can use for loop to iterate over an entire tuple:

The major problem with tuples is that it is hard to remember which element has which index.

At this point, many developers start creating a class with read-only properties for storing the data and get access to ut using class.field notation (for example, record.id, record.first_name, etc.).

It’s overkill to use a class for this purpose, and Python provides us with an elegant solution – named tuples.

Named tuples are easy-to-create and lightweight object types and we can reference their elements using object-like variables or the standard tuple syntax. A named tuple is immutable as a regular tuple, so you can not change its values as soon as you create it.

To create a named tuple, we need to import the namedtuple class from the collections module: